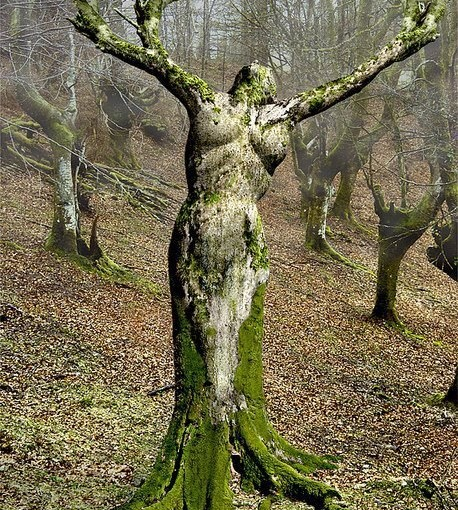 It’s an unprecedented time in our world where announcements to isolate and social distance from one another is our new norm. In December 2019, I had three dreams foretelling about this time, complete with tales of assembly lines for vaccinations for a flu; food insecurity; and my work falling by the wayside. I was unconsciously prepared, just as with my dreams prior to 9/11, where the events that unfolded were described in my night vision. Turning back the calendar page to February 5th’s Jiffy-Mix film project, I was apparently channeling ideas that had been in those December dreams, unbeknownst to me. So much symbolism to follow.

Just last month, the project I did with five willing and able dancers who trained it up to Bridgeport, CT from the city, was apparently being channeled. Other than a few loose fragments of thoughts about how society needs to come together spiritually, I had no detailed pre-determined script of what I was about to do. From my research, I had found this incredible Victorian mansion in Bridgeport some months prior, where multiple businesses occupy the floors, but the upper floor literally floored me!

It’s a cavernous space with beautiful stained glass windows wrapping around the perimeter, with dazzling panoramic views, old wooden floors, and a dome-like structure in one corner that could be nothing other than a widow’s walk. The room is used for various events, including a church group that meets there on a semi-regular basis. “The Oysterman’s Pearl Studio,” is the name of the space, aptly termed after a wealthy oysterman who peddled oysters along the Northeast corridor back in the day. They made a killing with their trade, as the architecture of the room so richly displays. The space itself inspired the idea of spirituality, which I feel we embraced, but toward the middle part of my project that day, I had the dancers running and leaping while I shouted, “imagine you’re panicked about something,” — obviously the inspiration was not feeling spiritual then. We were even rehearsing to David Bowie’s piece Lazurus, from his last album Dark Star, which invokes the idea of death and perhaps dark nights of the soul. Weird, eh? There was a palpable feeling of fear in the air. Virus??

Then, at one point I had a dancer looking like he was dying, perhaps a little Jesus-y on-the-cross– feeling, but he was laying on the ground, (not on a cross), writhing and contorting, until the other dancers finally came to him and made human connection. Hmmm– front-line emergency workers? At another point I had all the dancers looking out the window, stretching their hands and arms upward on the stained glass windows, as if to look like they were stuck inside and couldn’t go out. Social distancing?

Wildly symbolic of a pandemic, the material on the camera was downloaded to a corrupt harddrive. What?? I was about to begin editing with my editor extraordinaire, Faith Marek, just a couple short weeks after our shoot, when we encountered a glitch that disallowed us to see any of the footage she had shot. COVID-19 had corrupted the harddrive? Wait, and that’s not all. So, the harddrive was sent to CA to a harddrive retrieval business, where they gave her an astronomical estimate for the work. As her personal files were also on that harddrive, she had to bite the bullet and get the job done. After weeks of not knowing anything, I finally found out that my project had been saved, but my editor’s files were not scanned properly… more symbolism (?) — some people are spared by the virus, and some don’t make it.

This “art imitating life” reality is really quite amazing. At the moment in time I found out my work was spared, we had already started to isolate from one another, so with the inability to get together physically with my editor, my work was temporarily put on hold. I suppose I could work remotely, but I’m reluctant to succumb to that method, being I’m such a hands-on person… whah, whah — I’m not liking all this virtual do-it-on-Zoom stuff. Put on hold is the new way of life now. My business is that way, as with everyone else who is a non-essential, self-employed person — so what now?

A loaded question, right? Perhaps we need to return to the symbolism of “The Oysterman’s Pearl Studio,” with the panoramic, stained glass windows, for The answers: We have all around us the comforts of Mother Nature, with all her colors of the rainbow stretching before us like a kaleidoscope of hope in the darkness of the night. And, yea though I walk through the valley of the shadow of death, I shall fear no fever, for thou art with me thy rod and art they comfort me…

Mother Nature is probably giving us a big kick in the pants charging us to love one another, and develop more unity within the world. She got too hot with global warming and needed us to STOP everything. “I’ll give you this virus so you can re-think, reconfigure, and re-establish what your real goals should be moving forward.” Aren’t we all called to do that now? I’m thinking, yes. And, one thing on my list is crafting a new short-film from all this footage from February 5th. Btw, that’s my birthday — hmmmm… symbolic?