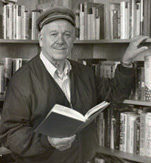 April was a sad month. I lost a dear friend, and longtime client of Jin Shin Jyutsu, Dr. Glenn Loney (see obituary here). I knew it was coming, but it hits you like a ton of bricks when you know you have a hole in your weekly schedule, where someone so special has been for so many years. Glenn was not only an arts journalist, and  theater/dance critic, but he was an avid photographer, and lover of telling stories. The dance world was truly his comfort zone while he wrote for many publications, and also authored numerous books —  including the famous dance book: “Unsung Genius: The Passion of Dancer-Choreographer Jack Cole. Glenn gave me that book along with ” Musical Theater in America: Papers and Proceedings of the Conference on the Musical Theater in America (Contributions in Sociology). I mean, who writes this stuff with such passion and detail? Glenn did — and he did so with deep research involved with everything he touched.

I recall in 2006, walking in on my first day as Associate Professor of Dance at Western Michigan University to my new office, which I was sharing with two colleagues, where I noticed on the shelf of the Jazz Teacher, Tony Calucci, the book, “Unsung Genius: The Passion of Dancer-Choreographer Jack Cole. I plucked the book off his shelf and said, ” hey, I know Glenn Loney… I work with him.” Tony’s response: “You know Glenn Loney??” “Yes, I do, I said.” I immediately felt a kinship with Tony, and it was that book conversation that ignited our longtime friendship.

After meeting Glenn in 1993 in Tenafly, NJ at my first Jin Shin Jyustu seminar (if my memory serves me correctly), I knew there among us was a very outspoken, witty, professor. We spent many times together in classes, until he decided to start coming to me for sessions in NYC in my first office on 72nd and Columbus, which I believe was in 1994. He would bring me volumes of old dance magazines, and periodicals that had mostly been out of print, that he thought should go to me. Dance Scope was one of them. Remember that one? Glenn and I had fun together over the years discussing theater, dance, his travels, photography, politics, religion, life after death, etc… our conversations ran the gamut, and Glenn was never at a loss for words. In fact, it was all I could do to have him sink into the table for some solitude for five minutes! Toward the end of his life, though, Glenn often was too tired to talk, and many sessions were all about the silence and the energy, after a short-debriefing on his condition. We had an understanding, though, and words really didn’t matter so much. Prior to that, in 2016, when he was still in full force, ACD honored Glenn with a lifetime achievement award at the Bryant Park Hotel at our screening: Behind the Lens. L.A. Times Dance Critic, Debra Levine, moderated. She had been working on a book about Jack Cole, and had interviewed Glenn about his work, knowing that Glenn was the foremost authority on all topics, Cole.

Glenn was tickled to have been honored, and told me how he placed the award on his mantel in his living room.  He was so grateful, and it made me feel so good to have pulled off that night. I knew no one had ever honored him before in such a way, and though I don’t carry a big name to bestow such an honor, it was a huge deal for Glenn to accept it in a public arena. He had no problem taking the mike that night and reflected on his work, Jack Cole, and even managed to sneak in a few digs about the current political climate at the time!

Week to week, Jin Shin Jyutsu was what helped keep Glenn going, but cancer got him in the end. He burned the candle at both ends, but most brilliant minds historically do that — there’s simply not enough time to get all the things done that need to be done! He claimed that many times over. It amazed me that even when he was at his worst, he’d find the time to mail his package of theater paraphernalia to me, when he no longer could bring it to the office. It was filled with interesting articles from the New Yorker, playbills, reviews he had written, articles he wrote, quips, memes, photos, personal notes, tickets, and itineraries, and an occasional scarf, tote bag, and poster. Wow, Glenn! And, I know he also did this for others, as well. How in the world did he continue to do this over the years? He thought it was important for all of us to know a little bit of what was outside of our normal lives. He’s stated something like,  …well you people in the suburbs don’t get to see all of this and know much of this, so I thought it would be interesting to you…  Indeed it was, Glenn! Though there’s a hole in my practice without Glenn, he’s filled my heart with so much joy, and filled my head with so much knowledge, that I am satiated for all time with his memory. May he be remembered in our society as a man who exemplified greatness in all he did to bring the arts to a higher level! RIP, my dear friend!

“Not only is Mitzi Adams a gifted choreographer, but she is also a life saver, being a master of Jin Shin Jyutsu, an ancient-Asian system for “hands-on” balancing of body-energy flows.”

“My favorites, however, were Mitzi Adams’Mother’s Day and Still. . . Without Wind. Dedicated to her late mother and ‘based on our dreams’, the first work was danced appropriately enough on Mother’s Day. With only a simple bright-red child’s chair as prop and partner, Adams subtly evoked the various ages of mothering, caring, and loving. It was beautiful, sensitive, and touching.”
Glenn Loney
The New York Theater Wire