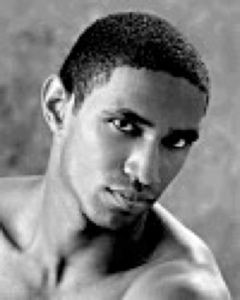 It’s not too often that you get a chance to focus on making a solo on a world class dancer at Baryshnikov Arts Center in NYC. James A. Pierce, III, a seasoned dancer with Adams Company Dance, as well as a cast member in The  Lion King on Broadway, and former Graham and Ailey II dancer, will fulfill another quest for a Jiffy Mix dance this Tuesday, October 9th. I have from 3:00-6:00 to create a new solo, during which time filmmaker, Amelia Golden, will shoot a new short film based on the solo entitled “Avec Moi,” with her own twist on the event.

Time constraints have everything to do with getting things done. I know it’s twisted, but Jiffy Mix dances, with all the pressure to get things done fast, are exciting to work on. James will be adding his own flair and flourishes to the day, I’m sure. He is the consummate professional, and no matter what, we will have fun! We are looking forward to Cathryn Lundgren joining in for a photo shoot. Avec moi, you never know what you are getting!