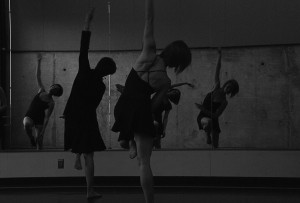 In my inimitable style, I planned another piece while on the train into NYC. It’s a ride that takes care of so many needs, if you take the time to let the creative juices flow. This time it was more than dance, it was Godspell meets Baby Buddha, meets Richard the III, meets Doris Humphrey — toss in a narrative about Facebook, and you’ve got the gist of ACD‘s evening of film making, which I’m calling:  “Let’s Face It,” a scrappy, austere, film noir comment on the loss of literature and spirituality, to the techno-modes of communicating and learning.

I fooled the dancers and told them they were going to learn a short combination for a commercial reel I needed to make… never mind! I lucked out to get Peter Richards, videographer magnifique, to shoot this night of  weird and wacky antics. Fay Li was amazing to come and capture our zaniness through her artistic lens. Thanks to Annie, Julie, Ryan and Sarah for making the night of April 28th at Baryshnikov Arts Center an evening that I’ll never forget!

“Now is the winter of our discontent, made glorious summer — by my editor!!!”

On with the film making! Coming soon to a YouTube near you!! 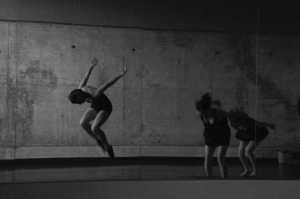 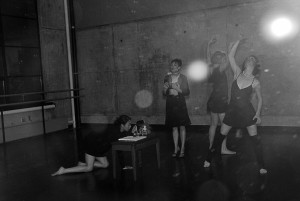