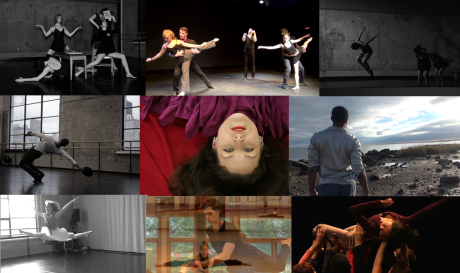 A year’s worth of creating, polishing and processing new work has come to a humbling end. Placing these fine collectibles into this year’s treasure trunk has me joyfully reminiscing about the many months of studio sweat, theater dust and reams of film footage.

Goddess Danu and Birds Over Lower Lough Erne, a commissioned work by composer, Claudia Howard Queen, began my journey into 2014 and sent me into Celtic motion. Ryan Schmidt rose to a mystical, new level when she danced her fairy good performance in Brooklyn at Triskelion Arts, where we also had a sneak-peak of several of our film shorts, in collaboration with filmmaker, Amelia Golden.

Next was the KoDaFe Dance festival in NYC at the Manhattan Movement and Arts Center, where Milan Misko and Nana Tsuda performed Descendence, a touching duet about how our ancestry links us to our life’s journey. This was ACD’s 2nd invitation working with the IKADA Contemporary Dance Company.

I was honored to have been able to work with the extraordinarily talented Chris Jackson again,  for the creation of the new solo, Flight, and our new film short, Sea Chapter. Composer, Tamara Wilcox added her musical talent to Chris’s solo with her inspiring piano composition. ACD is proud to now have two scores of Tamara’s in our repertoire. Returning to Triskelion Arts again, Chris gave the most soulful performance of Flight, effortlessly moving through the space, as I wiped away my tears from the front row. We waded our way through the waters of Silver Sands State Park,  making our companion film short to the solo, capturing beautiful scenery, including breathtaking views of the sun setting over the calm ocean waves.

Flipping through the short films I’ve done, with collaborators Benjamin Moss and Amelia Golden, I was aching to be able to work this compendium of films into a production where we could share what we’ve done in a proper screening room. After a brief search to find a venue for my vision, I was able to secure a night at the Producers Club in NYC this December, where we included our documentary, Except at Night: The Making of a Dance, giving the audience insider information into my process of making a dance. The whole evening, entitled, Behind the Lens, tied all the frames together, giving a glimpse of the past five years of seeing things from the camera’s point of view. It was a thrill to know that some of the dancers involved were sitting in the seats, as so many over the years have scattered over the globe. I was lucky to have been able to raise my glass and toast with a few of them afterward, as we celebrated some of our greatest shared treasures.