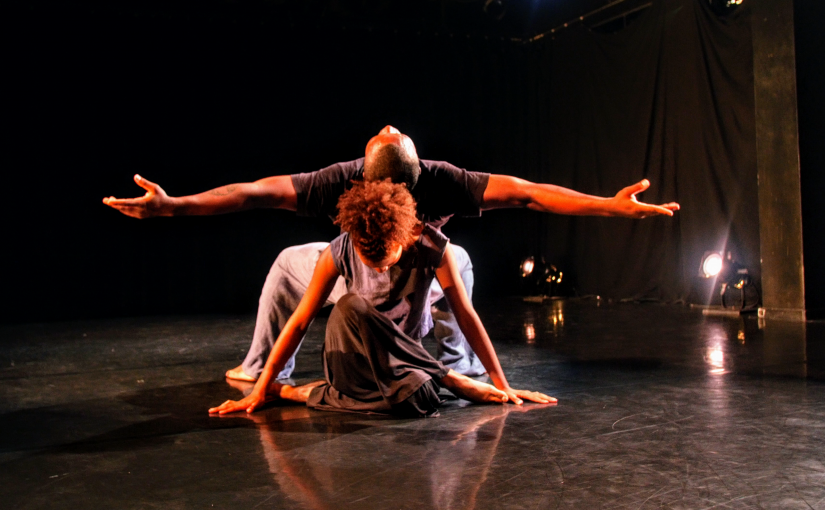 Black and Bluish, a new duet that emerged over a few short rehearsals, sheds the usual love themes and moves in the direction of warped! Christopher Taylor, a newly chosen Alvin Ailey II member, who has already done two projects of mine, joined a new dancer and friend of his, Selah Piett, to work through some of the themes that have been swirling in my mind lately. The bruising of humanity from this pandemic, and from our last administration, has left everyone feeling a little black and blue.

With a little inspiration from an old tv variety show sound clip, mixed with sound effects from an antique Victrola… a Night Gallery-feel scene sets the tone for the duet. The inane past government’s desecration of our moral fabric, led me to interject these oddities which appear within the piece. Does it work? Well, I don’t know, but I did it anyway.

The day of the shoot, I hadn’t even finished the piece! I had time before my videographer, Joel Stephen, showed up, to whip up the rest — a beat the clock kind of experience — that typically helps me to work better. My original female dancer, who was slated to be in this project, got injured, so last minute hiring became my challenge, along with my timing, to get things done. Such is the world of dance! Thank goodness my dancer’s injury healed.

After the smoke cleared from our screeching wheels, it was lights, camera, action! Amazingly, it all came together! I was super impressed by the spontaneity and talent on deck with Joel, and light board operator and designer, Conor Mulligan, who did a great job taking direction and implementing his own style. I’m sure the dancers felt a little beat-up after this 4 hour-mega event, but fortunately, they walked away without being black and blue.