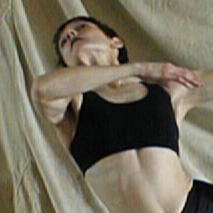 The year was 1995 and Adams Company Dance was now 4 years into its inception in NYC/CT. After being accepted to the first ever adjudicated festival of the American Dance Guild at the Cunningham Studio Theater, I went into rehearsals with my new dance partner, Eddie Taketa, to teach him Colors May Bleed — a piece I had already choreographed with my previous partner, Paul Dennis, and performed twice already by that point in time. American Dance Guild was built upon a grassroots premise with their primary mission being to preserve the legacy of dance with all the components that go along with it. Honoring pioneers and dance notables were top on their list. Hosting a dance festival seemed like a good idea.

Now 27 years later, Adams Company Dance comes full circle by being accepted to another festival at the Ailey Citigroup Theater this December. I am honored to be involved and excited to see how my duet from 2007, I Will Show You An Ocean, will look on two new dancers, Payton Primer and Derick McCoy, Jr. With new talent and a festival with colleagues lined up from my past, this ought to be a unique blend of artistry that will bring me back to my roots.

This athletic duet blends the tug-of-war between society’s pressure to conform  and a human’s right to freedom of choice. With original narration and a  hard-driving musical score, this agitating piece depicts tolerance over fear.