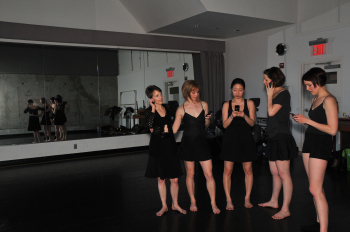 It has been two years since we gathered together at the Baryshnikov Arts Center for our “dance happening.” The night involved some bizarre sequences of dance, text, improv and prop utilization, all in the name of art. It was a wild night reminiscent of Godspell, but caught on tape by the inimitable Peter Richards, dance videographer extraordinaire. Filmmaker and editor, Ben Moss, took extra big steps in this techo-media process of making a film based on the concepts of the loss of spirituality and literature in our society, due to the interference of our technological age. “Find your friends of Facebook,” was one of the sections of our night at BAC that Ben morphed into a psychedelic, Alice-in-Wonderland-down-the-looking-glass-sequence on this film. I thought I was twisted! Ben takes the cake on that one.

After a move to California, Ben continued, in his spare time, to send me excerpts of his creations. He clued in on my love for dance pioneer Doris Humphrey, and included her book, “The Art of Making Dances,” to the final image of the piece. I thought it was brilliant!

After many years of working together, Ben has produced and edited a host of works for me, none the least of which was our documentary, “Except at Night: The Making of a Dance,” and his cutting edge  “As the Twig Bends,” which was included in “Pie, Picket Fences and Purgatory.”  I owe so much to Ben for the tireless hours of editing, and putting up with my, “can you make this change?” emails. Ben doesn’t stop in his pursuit of excellence. After three Masters degrees, and posts as university professor, Ben is in the hot-seat, honored as being an artist-in-residence in his new home community.

With his media techno-genius, some bizarre footage, and our dual concepts, Ben makes “Let’s Face It,” a film short that steers way left of center in my dance book. We can’t always be right!  Kudos, Ben! 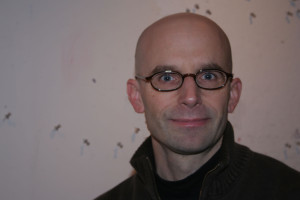